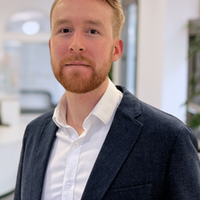 With the 2022 FIFA World Cup now less than a fortnight away, the minds of the football-watching public are turning to Qatar.  Given Qatar's human rights record and various other question marks hanging over the legitimacy of the country's bid to host the tournament, many outside of the football community (including brands) are paying closer attention than they would be normally.  As we explored in our recent article on the subject, this political spotlight provides prime conditions for ambush marketing campaigns.  Ambush is normally associated with businesses trying to pass themselves off as sponsors of an event in order to benefit from the goodwill generated by it. But it is also not uncommon for opportunistic brands to seize upon excitement and interest surrounding events, even if such interest is (as with the Qatar World Cup) largely critical or negative.

Earlier this week, BrewDog (the Scottish brewery) proclaimed itself, through a series of physical billboards and online posts, the "Proud Anti-Sponsor of the World F*Cup".  This punchy strapline is backed up by a claim on BrewDog’s website that it will donate the profits from all sales of its Lost Lager during the World Cup to human rights charities.

Clever Word-Play, or a Regulatory F*Cup?

In September, we covered a ruling by the Advertising Standards Authority (ASA) which considered the phrase “Fat c*n’t” as harmful, offensive and socially irresponsible (you can read about this story in more detail by clicking here).  In BrewDog’s campaign, “F*Cup” is a play on words clearly intended to trigger the phrase “fuck-up” when spoken.  In this instance, if a member of the public were to complain about BrewDog’s ad, prompting an ASA investigation, the recent “Fat c*n’t” example tells us that the ASA will look at the ad in its wider context, including the locations of the billboards and the nature of the potential viewers (including whether they are likely to include children).  The ASA would also look at the phrase “F*Cup” from the perspective of an average viewer (including children) to reach a view as to whether they are, in fact, likely to read the phrase as “fuck-up”.

To view the ads from another angle, it is presumably no mistake that the words "Proud Sponsor of the World Cup" appear on BrewDog’s billboards in a strong, black typeface on a white background, with the highlighted additional wording ("Proud Anti-Sponsor of the World F*Cup") added in a lighter colour and in a "graffiti" style, which is more difficult to read against the background.  To the unwitting observer, it is possible that only the words "Proud Sponsor of the World Cup" would be clear, thereby communicating some kind of official connection between the brand and the tournament.  This kind of behaviour might pique the interests of rightsholders who are keen to protect the integrity of their own official partnerships. To be clear, this a rightsholders' perspective, rather than one to which we necessarily subscribe. 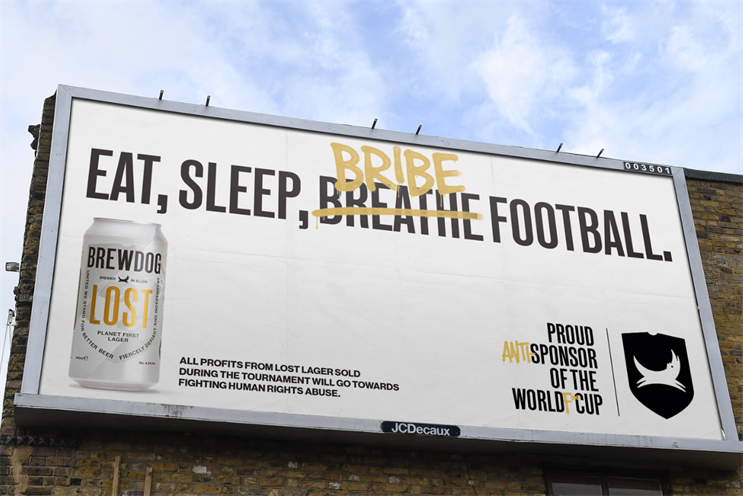 BrewDog is no stranger to creative (and often controversial) marketing stunts.  At the 2012 London Olympic Games, BrewDog poked fun at various doping allegations by releasing a limited edition beer called "Never Mind the Anabolics", which was apparently laced with a selection of ingredients which are banned for professional athletes.  More recently, a claim that the German supermarket chain, Aldi, was infringing BrewDog's intellectual property rights by selling an own-brand beer with similar packaging to its Punk IPA was resolved when, rather than pursuing legal action against Aldi, BrewDog instead created its own beer called "Ald IPA", served in cans deliberately designed to look like it originated from Aldi.  The parties agreed that BrewDog’s Ald IPAs could be stocked in Aldi stores alongside Aldi's own-brand cans, with the two companies jointly committing to make donations to charity for every beer sold.

The concept of “unsponsoring” (or “anti-sponsoring”) is not an entirely novel one.  Some readers might remember Paddy Power's "unsponsored" campaign during the 2019/20 football season, which saw it enter into sponsorship deals with a number of professional football clubs on the counterintuitive premise that it would not display its logo on their playing shirts for that season.  This was marketed under the strapline of “Save our Shirt”, and was largely welcomed by supporters who were afforded the rare opportunity of purchasing replica kits free of a corporate logo.  From Paddy Power's point of view, it enabled it to engage in various creative and non-traditional marketing activities away from the pitch, generating plenty of social media noise in the process.  Of course, this can clearly be differentiated from the current BrewDog example. Paddy Power was legitimately sponsoring the clubs in question and agreed to forego some of the rights typically granted to sponsors. BrewDog, on the other hand, has no official partnership with the FIFA World Cup, and its campaign could be accused of being ambush marketing.

However, BrewDog has been careful to refer to the 'World Cup', avoiding the acronym 'FIFA', which is protected as a registered trademark. (FIFA may also have registrations for 'World Cup' without FIFA, but the enforceability of that trademark is open to question.) Also, given the vitriolic nature of its message, it is surely inconceivable that any member of the public would be confused into believing that BrewDog is actually a sponsor of the tournament.  On that basis, an ambush marketing claim seems like a very remote risk. 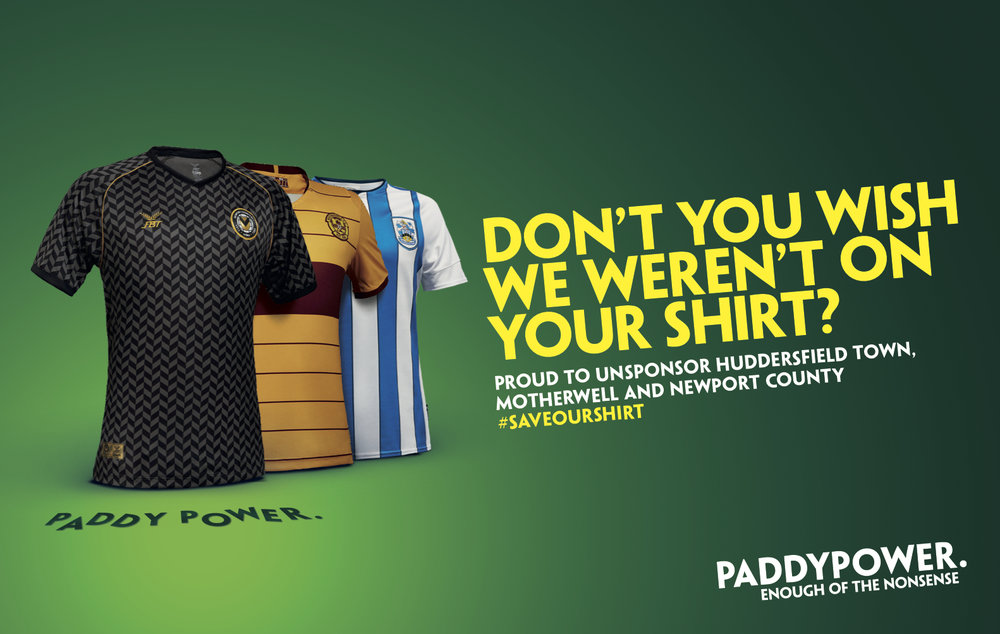 The political angle to BrewDog’s campaign cannot be ignored.  On its website, BrewDog alleges that Qatar won the right to host the World Cup through bribery “on an industrial scale”.   So perhaps a bigger concern for BrewDog would be the possibility of a defamation claim.  There have been extensive media reports about bribery in relation to the award of the World Cup to Qatar, going back many years.  The fact is, however, that both Sepp Blatter and Michel Platini have been acquitted of accusations of bribery by a Swiss court.  BrewDog is therefore wise to avoid any references to any individuals.  And the risk of FIFA or the Qatari government wanting to rehearse all these arguments in front of an English court in a defamation case is very remote.  Just ask Johnny Depp about trying to salvage your reputation by bringing a defamation claim through the English courts…

Some online spectators have pointed out the irony in BrewDog using this campaign to get people into its pubs to watch World Cup matches, stimulating interest in the tournament and seizing an opportunity to generate revenue (not all of which, let’s be honest, will come from sales of Lost Lager).  BrewDog might argue that as it is donating the profits from its Lost Lager sales to human rights charities, it justifies (or at least outweighs) any perceived promotion of the tournament itself, but plenty of commentators will be sceptical.

Other critics point to the well-documented scandals that have dogged BrewDog, in relation to the company’s toxic culture, particularly the behaviour of its CEO.  Critics accuse the company of engaging in a cynical and opportunistic stunt and that just as Qatar is trying to “sports-wash” its reputation by hosting the World Cup, BrewDog is virtue signalling in order to compensate for its own recent transgressions.

Ultimately, whether you take the view that BrewDog's campaign is a praiseworthy exposé of Qatar’s human rights abuses or a cynical ploy to capture the attention (and cash) of thirsty football fans, it seems clear that the upcoming World Cup will be fertile ground for ambush marketers and regulators alike.