The Singapore Grand Prix is a highlight of the F1 circuit. The night race attracts fans from around the world and looks spectacular on TV. The bright lights and razzmatazz are generally seen as a huge attraction to sponsors and broadcasters. However Ofcom (the British regulator of TV broadcasting in the UK) felt Formula One Management (FOM) had gone too far with its commercial creativity in its coverage of the 2016 race.

FOM's live feed (which is adopted by official broadcasters around the world) was embellished with a Rolex countdown 'watch' which was digitally superimposed into the arc of the observation wheel which towers over the Marina Bay circuit. The Rolex countdown watch appeared in the footage for around 17 seconds, as the broadcast counted down to qualifying. This was so blatantly an unduly prominent commercial reference that the UK broadcasters (Sky and Channel 4) both accepted that this was the case. Even before Ofcom complained Sky and Channel 4 had apparently asked FOM not to insert similar digital advertising during its feed in the future.

That the Rolex countdown watch was found to be unduly prominent is the simple aspect of Ofcom's rulings against Sky and Channel 4. However, slightly confusingly, although the two Ofcom rulings related to exactly the same footage of the Rolex countdown watch superimposed into the observation wheel, Ofcom accepted the matter with Sky was "resolved", whereas it determined that Channel 4 was in breach of the Ofcom Code. The reason for the difference seems to come down to the fact the Sky's broadcast was live; they were contractually obliged to broadcast FOM's feed without alteration; and they had taken immediate steps to ask FOM not to do this sort of thing again. Channel 4 on the other hand was broadcasting the feed on a slightly delayed basis, and had the opportunity to edit out the relevant footage.

The Ofcom decisions make for interesting reading for sports marketeers. Sports broadcast is a complex landscape, and broadcast regulation is very nuanced and struggling to keep up with technological developments. However there are a few key points to be noted and conclusions to be drawn from the rulings:

- Ofcom reiterated the generally understood position that small logo credits of timing partners next to the timing data they generate are editorially justifiable. This would appear to apply to other relevant information too (for example a tyre supplier’s logo next to data indicating whether soft/medium/hard/wet tyres are being deployed may also be justified);

- Where an Ofcom regulated broadcaster has the opportunity to edit coverage to avoid unduly prominent references, they should do so;

- If the sports property which is selling sponsorship is also the producer/host broadcaster (as might be the case, for example, for a football club filming and broadcasting a friendly or academy match live on their Club TV channel) any logos or advertising which are inserted digitally, if not editorially justified, will be considered product placement and therefore subject to the relevant rules and restrictions set out in the Ofcom Code;

- If the broadcaster is not producing the coverage but plays a role in facilitating the digitally inserted branding or advertising, it will not be able to pass blame to the sports property which has requested or required this (and is receiving payment from the advertiser/sponsor) if it puts the broadcaster in breach of the Code. Note it is unclear what this means for the implementation of digital replacement advertising - host broadcasters need to facilitate this insertion, but arguably the digital replacement of physical advertising boards (for example with more relevant local advertisements) should be treated differently to digital placement, as by definition the digitally replaced adverts are no more prominent that the advertising boards that appear in the unaltered feed;

- UK broadcasters need to ensure that the sports properties they are buying TV rights from (wherever in the world) ensure the live coverage will comply with the Ofcom Code and be proactive in ensuring that this is the case.

These cases also make clear that Ofcom is monitoring sports broadcasts to check they comply with the rules on commercial references, and while they took a relatively light touch approach in these cases, if the product in question was gambling or alcohol rather than a watch, a more critical stance may well have been taken.

So in short, lawyers doing sports broadcast and sponsorship deals need to get to grips with the technological developments which will enable more and more digitally placed advertising, and generally keep a watch on this complicated regulatory space. 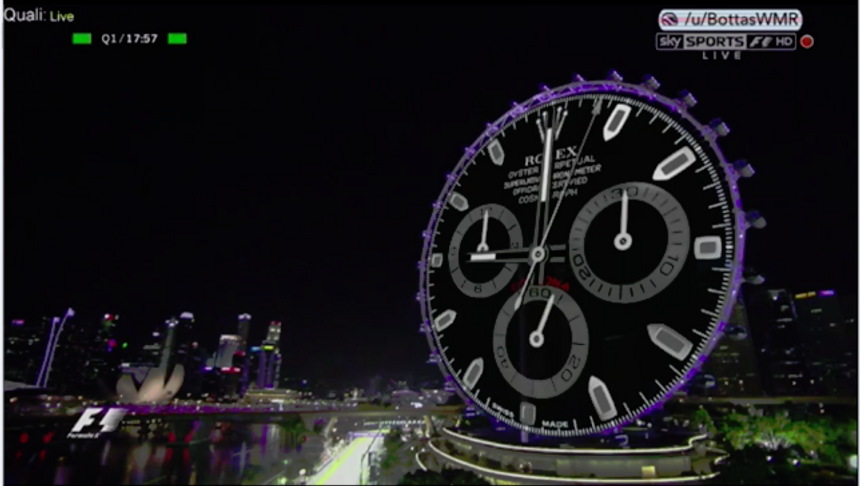