Readers may be aware that a Premier League match between Brentford FC and Wolverhampton Wanderers last weekend was halted for 20 minutes due to a drone hovering overhead.  Premier League rules state that any unofficial object flying over a stadium should be investigated and players will be taken off the pitch for safety reasons, so the incident caused significant disruption, although the match was completed.

Outside the UK, it has been reported that the Federal Aviation Administration is investigating a drone that was seen flying inside Paul Brown Stadium, near fans and the field of play, during a Cincinnati Bengals playoff game. NFL stadiums are considered no-fly zones in and around stadiums one hour before the event until one hour after the scheduled time of an event unless a waiver is approved by the FAA. Drone flights are prohibited within a three-mile nautical radius of the stadium during this period.

The incidents beg the question of how drones are regulated and whether it is possible to protect events from disruption of this type.

The answer is that drones are regulated, but it is hard to prevent this sort of incident.  The regulations in the UK are very technical.  However, in summary, as unmanned aircraft, they are covered by the Air Traffic Management and Unmanned Aircraft Act 2021.  The driving force behind the Act was partly the incidents near UK airports in 2018.  You may recall that air traffic was halted due to drones in the vicinities of airports, notably Gatwick airport, creating huge disruption in the run-up to Christmas.

As well as the Act, rules governing the use of drones in the UK changed significantly on 1 January 2021, when the new rules were introduced by amendments to the Air Navigation Order 2016 and CAA guidance material. These changes brought the framework in line with the rules in the EU.

Those using drones for commercial purposes and/or using drones with cameras in the UK must be licensed by the CAA and operators need to pass an online safety test based on understanding the Drone Code.

Most of the rules in the Code are concerned with safety of aircraft, avoiding damage to property and privacy concerns, rather than interfering with events.  However, rule 5 of the Code provides that drones should never be flown over people who are crowded together, and specifically mentions sports events.

Drone pilots can face on the spot fines of up to £1,000 for offences such as not having or displaying a flyer ID on drones weighing over 249g, not being able to provide proof of permissions and exemptions and, of course, for flying dangerously and/or in restricted locations.  Ultimately prison sentences are possible for the most serious infringements.  Event owners might also take civil action against pilots for damage caused by their drones, or for losses related to disruption caused to the event.  It is also possible that drone pilots are trying to gain footage of events. Although the “director and producer” of the footage (likely the pilot) will in theory own the copyright, depending on how the footage is distributed or exploited, there should be other grounds, including assertion of intellectual property rights, which will enable a take down of the material. Event owners could also potentially pursue a private prosecution.

On a more practical level, there are apps available to assist drone pilots to avoid no-fly areas. If venues are marked correctly in certain apps, drones using the apps are unable to fly over them without being ‘unlocked’ by the drone’s pilot. So, it seems like technology may help to avoid some problems - event organiser just need to make sure their venues are on the app.

“Never fly over people who are crowded together” 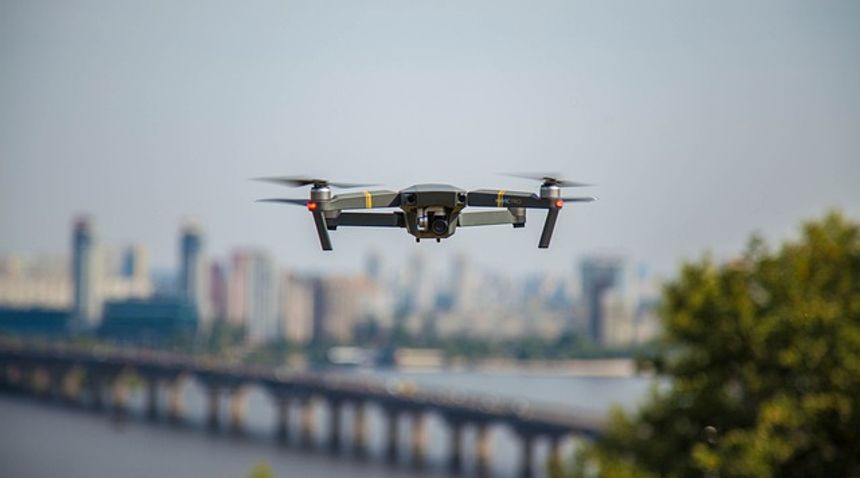